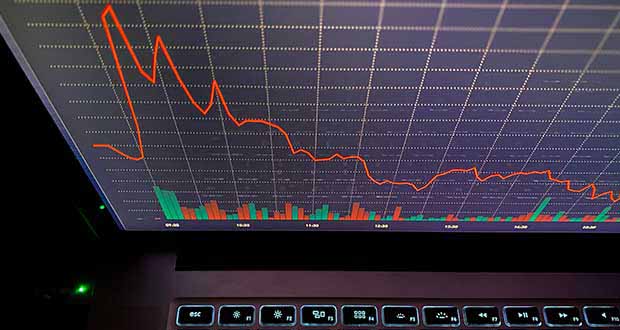 is the correspondent banking decline slowing?

demand for cross-border payments is increasing

According to BIS in its article New correspondent banking data - the decline continues at a slower pace, the number of active corrspondent banks fell by about 3% in 2019. Compared to the 22% decline between 2011 and 2019, this is interpreted as a slowing of the trend. I'm not sure I fully understand the maths here, as by my reckoning, that translates to an average of 2.4% decline in the nine years prior to 2019, suggesting that the pace of decline may be increasing. Far be it from me to question the opinions of a body for which I have genuine respect. It's more important that, whether the decline is accelerating or decelerating, it remains in decline while demand for cross-border payments increases. Unsurprisingly, the decline isn't spread evenly across the globe. Oceania has suffered most, and its figures may be even worse than those reported when stable regions such as Australasia are excluded.

But while correspondent banking declines, cross-border payments continue to rise. The preceding graph shows that payments have increased by more that 20% in the given period. The figures for 2020 aren't yet available, so the effect of COVID-19 on these trends is unknown.The graph here shows a small dip at the end of 2019, which may be caused by the beginning of the pandemic. However, what is known is that the virus has seriously impacted the economies - and the well-being of individuals - of emerging countries. COVID-19 makes efficient cross-border trade more crucial than ever.

So how are these payments happening? If, as we're frequently told, correspondent banking is vital to cross-border payments, how is the increase in volume being performed?

It's likely that all three play a part, but it's the second point that's of interest. Smaller, nimble companies like Choice International are moving into the void left by the banks' departure. Technology makes it possible for them to build compliant, bank-independent payment systems that work from diligence procedures that are yet to be implemented by the more conservative global banks. Their speed and accessibility allows them to support safe, compliant cross-border trade that competes strongly against those traditional corridors that remain, and even alters the balance to make it easier and cheaper to trade legally than turn to shadow banking.

The rationale behind the development of biz.Clarency was to build a platform that can be readily adopted by mainstream banking to re-connect with emerging markets, and to stem the leakage of good business inherent in the baby and bathwater solution of de-risking. Put simply, it doesn't matter which of the above possible causes is true. The bottom line is that business is taking place, it's happening at an increasing rate, and if your organisation isn't riding the wave, then you're going to drown.