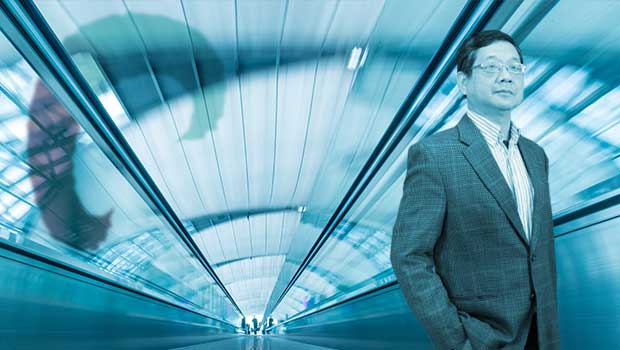 Why have one blockchain when you can have two?

Our biz.Clarency platform for international trade is set to launch officially on 29th December 2020. It's one of only a handful of fully developed blockchain-enabled business solutions outside the crypto-currency space. At its core lies InterlockLedger's radical rethink of immutable ledger technology. Let's shelve that for a moment though and turn to why the platform was built in the first place.

Safe, open global trade requires end-to-end transparency. It works in everyone's favour and no commercial enterprise would protest against the barriers it removes. The fewer restrictions that exist to prevent honest trade, the more everyone profits. Unfortunately, governments don't see things in entirely the same light. Take as an example the mistrust that exists between China and most western countries, a situation in which China is by no means the sole culprit. In recent years we've seen considerable opening up of the Chinese economy, not just in exports but also in booming imports of western goods through organisations like Alibaba. It's a trend that merits encouragement, and one that suffers with restrictions on companies like Huawei.

It is far outside the intention or authority of this article to question the rights or wrongs of such restrictions. The point on which we can all agree is that, at best, restriction through mistrust simply reduces negative effects without producing any corresponding positive. Put simply, no one benefits.

We have a long-standing association and friendship with Professor Wei-Tek Tsai (pictured above) of Beihang University and the Arizona State University. Professor Tsai is a distinguished figure in financial systems and computational law, with more than 600 published papers, including one co-produced with our own Bob Blower (see it here). Among his recent achievements is the development of a blockchain technology whose innovative approach compares well with that of InterlockLedger. Highly respected by the Chinese government, his blockchain is expected shortly to receive official sanction. It's therefore something of an honour for us to be able to announce the signing of a formal partnership to integrate the new Chinese blockchain into biz.Clarency. The two ledgers will be strictly separated but linked where required to provide the openness that frees up trade without compromising security.

The balance is delicate. Both Chinese and western governments have concerns about security, but regulators in both regions require transparency in cross-border trade. Fortunately, thanks to strong partnerships with both of the blockchain pioneers concerned, we can satisfy both of those conflicting requirements. The complex data management required to do this is handled seamlessly, making trade with China as easy as buying or selling with any western region.

Full integration of the east/west blockchain bridge will be completed in quarter one of 2021.