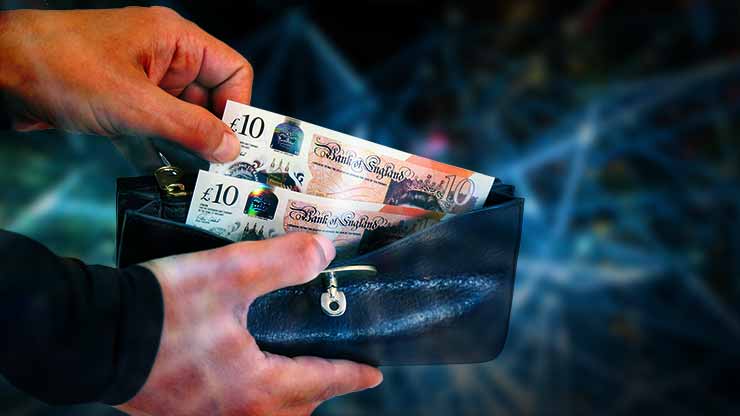 WHAT'S THE FUTURE FOR CASH?

DIGITAL TRANSFERS WILL MAKE PHYSICAL CASH REDUNDANT - OR WILL THEY?

There’s a widespread belief that the increasing use of digital funds transfer will rapidly make cash redundant. While it’s certainly true that card payments and online systems have reduced the usage of cash as a percentage of transactions, the demand for banknotes has actually increased faster than the total amount of spending in the economy.

The Bank of England forecasts an ongoing increase in total cash requirement until the middle of the 21st century. The reasons behind this are complex and aren't particularly relevant to this article. What's important is that physical cash is here to stay far beyond any of our lifetimes. But our ability to process it is eroding at an alarming rate. While Bank of England notes in circulation have grown in numbers every year for more than forty years, the facilities required to bank the cash have dwindled at an accelerating rate.

Bank and building society branch reached epidemic proportions in 2017, and there's no sign of the trend slowing. According to Which?, a total of 1080 branches have closed or will close in 2018/19. That's an alarming figure, folowing as it does a record number of branch closures in 2017. In the four years from 2015 to 2018, 2,868 closures left cash customers with nowhere to bank their money.

The future for cash supply is equally gloomy. ATMs have already started to decline, and the rate of disappearance is likely to increase as banks cut costs. Link, the network that facilitates the operation of most UK ATMs, has announced a reduction in fees. This will make many ATM locations unprofitable, and so the decline continues.

The banks cite falling customer numbers, due to online and mobile banking. This may be the case for private customers, but cash businesses need somewhere to bank their takings. The withdrawal of such facilities threatens several undesirable outcomes:

Some fintechs are stepping into the breach to provide access to electronic payments to groups that have previously been excluded. Choice International is particularly active in the area, and has also begun to provide cash banking facilities by providing automated deposit machines in secure locations. But this is too large and important a problem for it to be left entirely to the private sector to resolve. What's needed, and needed urgently, is a range of coordinated government initiatives to protect access to cash. We need stronger liaison between regulators and cash-facilitating fintechs to ease barriers to commercial provision of ATM cash deposit and withdrawal machines.

There's also a need to consider the needs of those without bank accounts. It's estimated that more than 2 million people in the UK could be in this position, but this is a difficult number to calculate because, in 2019, without a bank account, you don't really exist. As technology takes over every aspect of our lives, we have to ask ourselves, what are we losing?